This is Billy Momo

It is with equal measures of amusement, trepidation and awe one looks back at a year that’s coming to an end. It always amazes me how we manage to cram such a shitload of events, emotions, logistics, memories and just… stuff into 365 days. 2017 was a fairly intense year for Billy Momo, and I will try to give a non-chronological overview of the highlights (and perhaps an occasional low point). 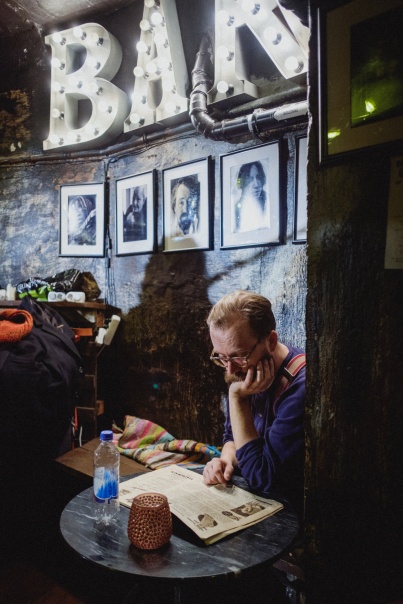 2017 saw the launch of both this very blog you’re reading right now, as well as our visual diary of sorts, MomoTV. With both of these outlets coming hot on the heels of our band documentary ”The dirt road to Seven Rivers Wild” (released in late 2016) this year has been the so far most informative for those who’d like to learn more about the band and its various members. Behind-the-scenes footage, on-the-road shenanigans, navel-gazing rants, we provided the tabloids with ample fodder for slaughter, and yet somehow the big headlines eluded us, again. But do not lose heart children, all that stuff is still available for you, so during the holidays you can binge the entire first season of MomoTV (to be continued in 2018) and read all the blog posts as well as watch the documentary. You will be a BM black belt by the end. 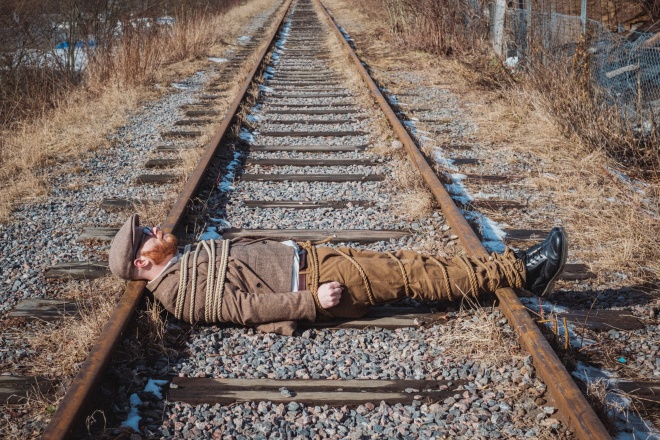 As always, we produced a few videos, including two projects in collaboration with Kola Productions for the songs ”Following me, following you” (Kola editing) and ”We need another shovel” (Kola production and editing), as well as a self-produced, and ultimately abandoned attempt at a video for ”Say you’re sorry” (we managed to find use for some of that footage elsewhere). We were very pleased with the two completed videos, and they are of course also available for you to watch at your leisure.

We played some nice venues in 2017, and made a lot of new friends.
Franskans Crêperie in Rörum, Österlen was an instant love affair for the band, and we played there three times over the course of the year. The late-nite post-show parties we threw there were pretty legendary too.

The Taube stage at Liseberg fun fair in Gothenburg was another nice gig for us, not only was the show a lot of fun and well received, but we also got to rock out with our cocks out (well, not really) on the various rides and had a great time.

We played another of our favorite joints once more, Plan B in Tranås, and we will be back there yet again in the spring of 2018, it’s always a great place to play. The same can be said for Stationen Scen & Konst in Bålsta, possibly the smallest venue we’ve ever played, but also one of the coziest and most intimate (the audience is literally right in your face, surrounding the band on three sides). Another memorable show was when we played a huge party at the old stadium in Stockholm. Perhaps the gig itself wasn’t that exceptional, but it was interesting that we had some real saloon-style fights breaking out in the audience, sort of making you wish for the chicken wire fence from the Blues Brothers.

We actually managed to win an award for ”Best street music act” at a festival in Askersund, having played our first real busking set. That was a real honor, considering some of the other competing acts.

We released a 3-song EP in the fall, ”Umbrellas, wings and magic things” for which we threw a little intimate release party at The Creak/Knarret, Barba’s new house doing double duty as our new recording facility, and is the place where we record the stuff you will see released during 2018. The construction of the studio is well documented in the MomoTV episodes, as well as some glimpses from our recording sessions there.

All this and more kept us pretty busy throughout the year. Add to that Barba moving house not just once, but twice (!) finally settling at The Creak, various love stories and debaucheries involving band members, plenty of drunken nights and parties where people’s personal belongings may or may not have been severely urinated upon, as well as the utter nightmare of seeing a clean-shaven Preacher Man, and you have plenty of drama going on as well. 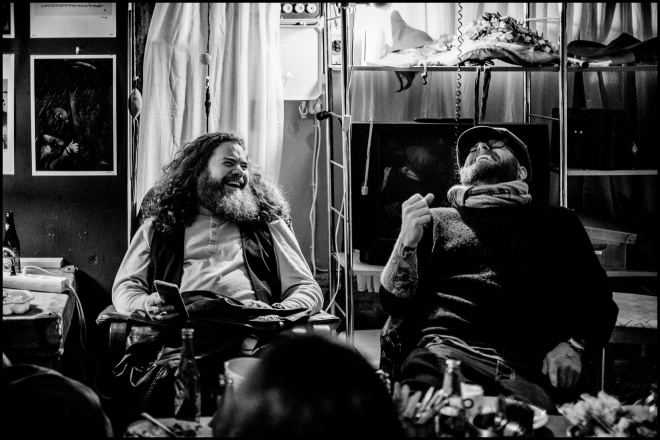 Stay tuned for more music, videos and scandals coming up next year. Thanks for being with us during this one.

Happy Holidays and a Happy New Year to all you crazy kids in love out there!